Male, 23, undergraduate photography major in the journalism department of Renmin University of China. From: Beijing.

Chen was the only one among his four siblings that his parents could afford to send to college. At Renmin University of China, he was the head of the student association’s radio station, and his broadcast was very popular with students and teachers. Chen was at a classmate’s house on the night of June 3, 1989. At around 11 p.m., they heard from neighbors that the People’s Liberation Army had opened fire and shot people outside. Chen and his classmate did not believe this and rushed toward Tiananmen Square. They went as far as the west side of the Great Hall of the People and ran right into martial law troops, who were firing. Chen had his camera with him, and he and his classmate climbed up on the roof of a nearby building to take photos. Chen was hit on the left side of his head by dumdum bullets. He was taken to the Beijing City Emergency Center for rescue, but he did not survive.

His ashes are buried in the Jinshan Cemetery in the western suburb of Beijing. 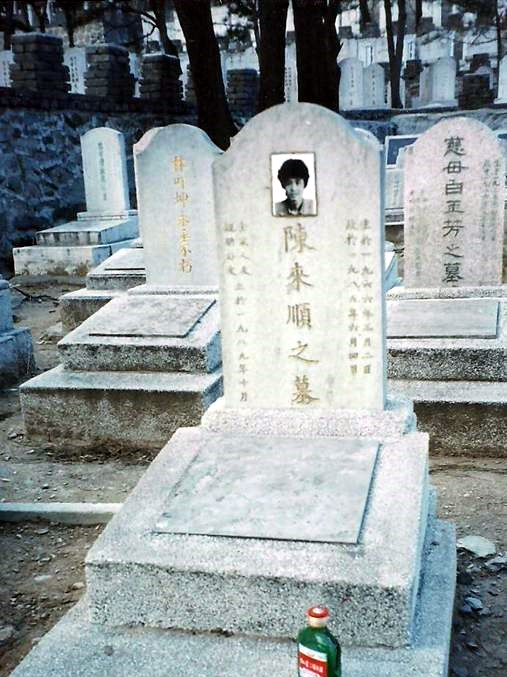 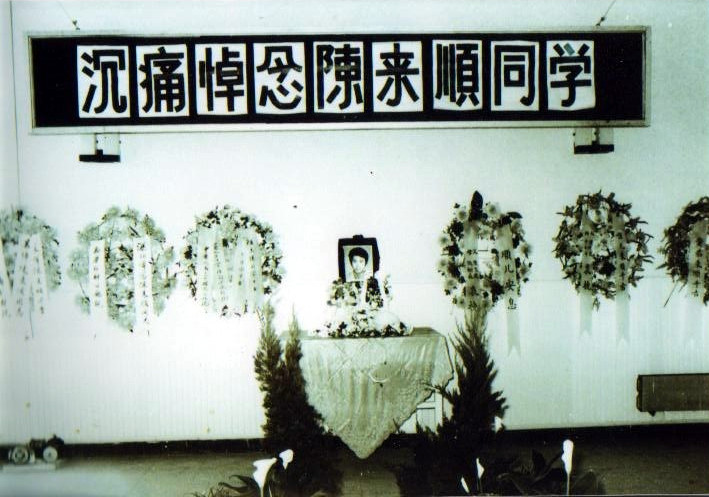 Banner: “We deeply mourn our classmate Chen Laishun,” at a memorial at Renmin University

Zhang Shusen, mother of Chen Laishun, wrote in her testimony in 1999:

I have four children, but only Laishun was a college student. We tightened our belts to make it possible for him to study. We never thought such a catastrophe would strike us. After Laishun was shot and killed, no one (any organizations or leaders) came to show their concern or console us. On the contrary, every June Fourth, Qing Ming [Grave Sweeping Day), July 15 in the lunar calendar, and October 1 in the lunar calendar [the latter two are traditional dates for mourning the dead], people monitor us and restrict our personal freedom. . .

I am Laishun's mother. Whenever it comes time to offer sacrifices to our ancestors, I can’t even think about eating or drinking—only my tears keep me company on those endless days and nights when I long for my son.