Male, 24, student in the chemical engineering department of Tsinghua University, class of 1989. From: Beijing.

In the early hours of June 4, 1989, near the Palace of Nationalities, Duan encountered martial law troops who had entered Beijing from the west. The troops were moving east and were in a face-off with citizens. As he moved to the front of the crowd in an attempt to mediate, he was shot by one of the military officers with a small-caliber handgun, at close range. The bullet struck the main artery on the left side of his heart, and he died early that morning at the Posts and Telecommunications Hospital. His ashes are kept at the Beijing Wan’an Cemetery.

According to Duan’s mother, at noon on June 3, Duan went home after a job interview with the National Nuclear Technology Agency. He then rushed back out to the City Emergency Center to take food to his older sister, who was treating civilians injured by the antiriot police at Liubukou. He joined the rescue work and did not come home until after 11 p.m. When he saw that his younger sister and classmates, who had gone out on bicycles earlier, had not returned home, he took his bike and went straight back out to look for them.

Duan’s father was already in his 40s when Duan was born. The parents poured all their energies into bringing him up. Duan was shot dead just as he was about to finish his studies and establish himself. After Duan’s death, police monitoring of family members compounded their devastation, pushing the parents to the brink of mental collapse.

Duan’s mother, Zhou Shuzhuang (周淑庄), is among the earliest members of the Tiananmen Mothers. His father, Duan Hongbing (段宏炳), was also a member of the group before he passed away. 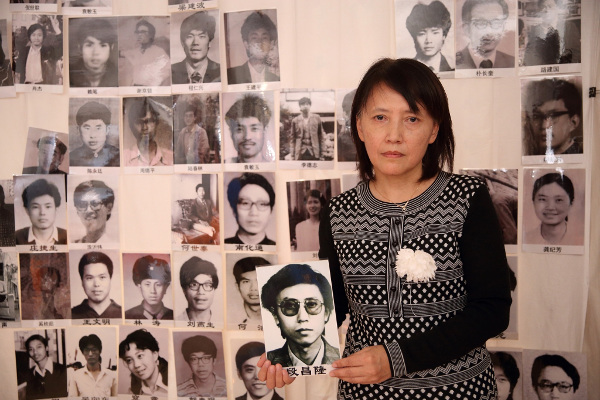 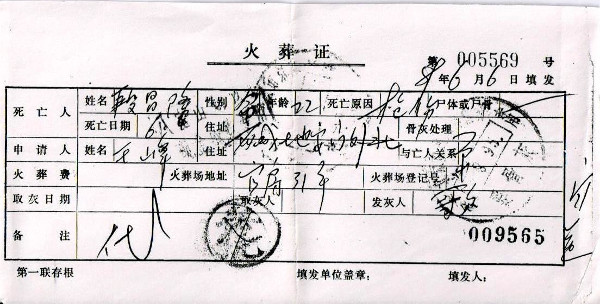 Zhou Shuzhuang, mother of Duan Changlong, wrote in her testimony in 1999:

All through his short life, Changlong moved towards his goals in a steady, sure way. He always wanted to serve his country after finishing his university studies. He cared about his society. He was warm and sincere to his friends. He was very concerned about the future of his beloved country. Since he was a primary school student, he had always been very capable in dealing with work, as well as being responsible. Everyone who knew him in his days at high school and university can recall some things about him which touched them deeply, particularly after he entered university and became more mature. I remember in something he wrote, he said, "I have only stepped on to the platform of patriotism, but the proof should be in what I do there... I am not just someone who preaches to others... Just watch what I do in the future!" In 1989, during the student campaign for democracy and freedom, and against corruption, he was always bravely standing at the forefront. In the small hours of June 4, with a deep sense of the righteousness of this cause, he again stepped forward to oppose the brutal repression, trying to stop the killers' bullets with the flesh and blood of his own body. Changlong did not die from disease or in a car accident, but for love of his country. He died in the belief that "everyone is responsible for the rise and fall of his own nation."