Male, 30 years old, research associate at the Chinese Academy of Sciences, Institute of Science and Technology Policy and Management. Lived in: Beijing. From: Ma’anshan, Anhui Province.

On the evening of June 3, 1989, Hao left home with his camera and was not heard from again following the military crackdown. His wife thought he had been arrested. His father came from Ma’anshan to look for him, and finally found his body on July 5, at the Fuxing Hospital morgue. According to the medical records, which contained accounts by those who took Hao to the hospital, Hao was taking photos when he was gunned down by men in plainclothes at around 11:30 p.m. on June 3 at Muxidi. He died 20 minutes after being brought to the hospital. His ashes are buried in the Wang’an Public Cemetery in Beijing. 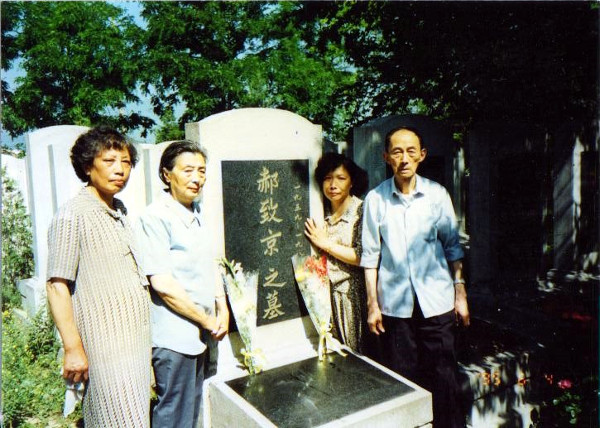 Ding Zilin (丁子霖), a founder of Tiananmen Mothers, wrote in an essay in 2005:

Hao Zhijing’s parents are both elderly, over 70 years old. He was their only son. After Hao’s death, the two of them came to Beijing once, but left immediately after dealing with his funeral. For this elderly couple, Beijing is a place of pain and sorrow, ground on which they do not want to set foot again. Coupled with their old age and weakening health, they could only pay respects to their lost son on Qingming and June Fourth anniversary every year, from their home far away.

Originally, everything had been so wonderful. Their son had already been working as research assistant in China Academy of Sciences after finishing his masters degree there, and could have had a brilliant career after he returned from a visit to the U.S. in 1988. His wife filled the family with even more hope and joy. The old couple had thought of going to Beijing after they retired to spend the rest of their days there. Since Hao’s house was too small, they had planned to rent an apartment nearby, so they could be closer and look after each other. But fate did not go as they wished, and everything they had longed for turned to dust in one night.