Kong had devoted himself to the 1989 Democracy Movement, taking part in the protest marches as well as sit-ins in Tiananmen Square. At night on June 3, after hearing that martial law troops were entering the city, Kong biked toward Tiananmen Square. When passing through Fuxingmen, he encountered the troops who were shooting indiscriminately. Kong was shot in the left calf, his tibia smashed and blood gushing everywhere. He used his own pants to tie up the wound to stop the bleeding and was brought to Xuanwu Hospital where he underwent 13 surgeries. Because he was a “June Fourth” victim, he was unable to pass the political review to represent the country at the Paralympic Games.

Kong Weizhen (孔维真) is a member of the Tiananmen Mothers. 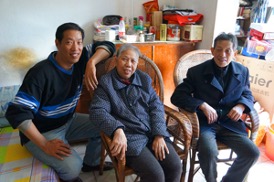 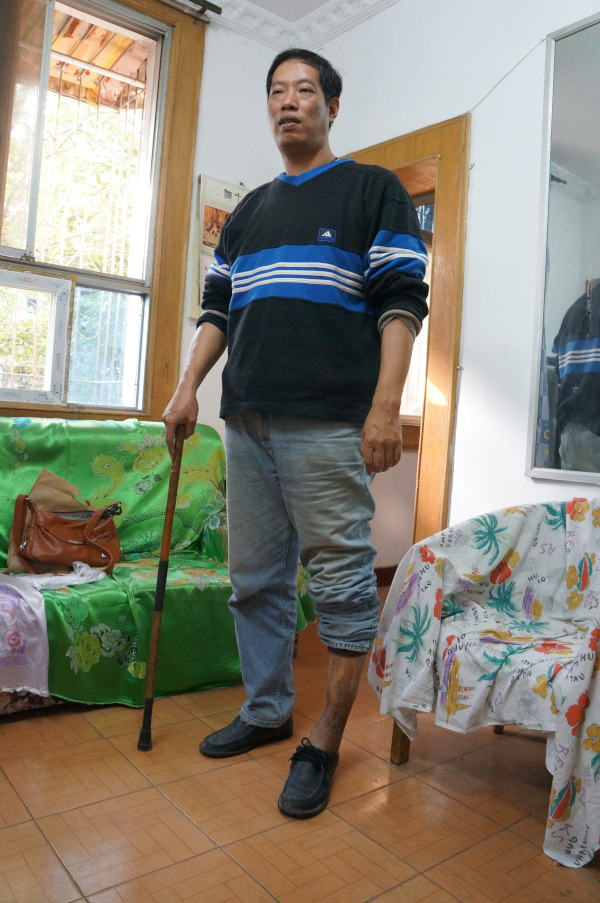 I saw soldiers with assault rifles shooting from side to side as they walked. They were shooting at will, without any restraint. There were high-rise buildings on the side of the street. When they saw any window with lights on, they would just shoot out the light with one shot. . . .

I was at a corner. There was a construction site on the sidewalk. The side facing the street was blocked with thin boards. I hid on the inside with many others. The soldiers couldn’t have seen us from outside. When I was shot, everyone was scared and ran away. It seemed that I heard someone next to me screaming; maybe someone else was also shot. But I couldn’t see.

I saw that I was shot in my calf. The bullet entered from the front, and left a hole in the back with bits of broken bones that felt like powder when I touched them. The arteries were torn and blood was gushing out. At school, I had learned a bit about dealing with medical emergencies and knew that if I did nothing in this case, I would lose all my blood within five minutes. So I took off my pants to tie up my wound to stop the bleeding. In the meantime, the shooting went right on nonstop. Bullets hit the ground in front of me in a stream of fire. If I were shot again, I would have been dead for sure. I started to yell for help. Some of those who were scared away came back and dragged me away and took me to the hospital on a flatbed tricycle.

By this time, many people had already been brought to the hospital. Some were wounded in their legs, some in their head, and some in their abdomen. There were all kinds of injuries. I heard that the hospital released all patients who could be released to make space for the injured. They triaged the patients, attending first to those who were in danger of dying. Mine was considered a minor injury, and I had waited for several hours before someone came to me. When the nurse cut off my pants, my calf had turned dark because there was no blood circulation. The nurse could not feel my artery, and immediately found a doctor and sent me to the operating room. If they had waited any longer to do the surgery, my leg would have had to be amputated.