Male, 18, undergraduate student in the optical engineering department of the Beijing Institute of Technology. From: Wuhan City, Hubei Province.

Liu dedicated himself to the 1989 Democracy Movement. He was one of the students tasked with keeping order among the demonstrators in Tiananmen Square and protecting the students on hunger strike. When Liu’s parents wrote to him asking him to study hard, he wrote back saying that when the country was in crisis, he had a responsibility as a citizen. On the evening of June 3, near the Cultural Palace of Nationalities, Liu was setting up road blocks to prevent martial law troops from advancing toward Tiananmen Square to “clear the square.” At 1 a.m., on June 4, Liu was shot in both legs. He was still conscious when he was brought to the Beijing Posts and Telecommunications Hospital. When he was asked which university he was from, Liu took out his student ID and showed it to the doctor, but he did not get treated. His family later heard from a doctor at the hospital that the doctors were given orders from higher authorities to not rescue Liu. His ashes were scattered over the Yangtze River.

As a child, Liu was said to be smart, upright, and loving. His parents were devastated by his death. Liu’s father, Liu Ren’an (刘仁安), and mother, Qi Guoxiang (齐国香), are both members of the Tiananmen Mothers. 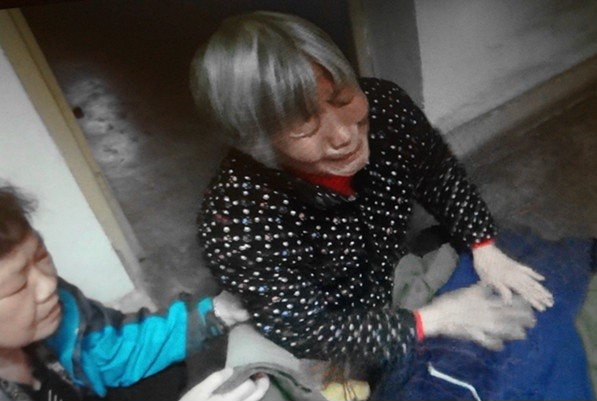 Liu Hongtao’s mother, Qi Guoxiang, holding the clothes she had made for him, 2013

Qi Guoxiang, Liu Hongtao’s mother, said in an interview in 2014:

I made all of these clothes for him with my own hands. Our family’s economic situation was tight so I made all my children’s clothes. And I pieced together bits of cloth to make this book bag. I hoped that they would study hard. My son was never picky. Look at this patch. I patched this for him. He never said anything. How I miss my son! When my son’s ashes were brought back, I did not dare look at them or his photos. After keeping them for a while, I scattered his ashes in the Yangtze—so that he can follow the waves to see the free world!

For the past 25 years, I have not slept well a single night. Every time I dream, I dream that my son came back. I hug him and say “Hongtao, you came back! You didn’t die!” Then I wake up and see that it’s all not true. He loved this country! And then he was dead. Where are we to go to voice this injustice! Where is the law of heaven! I believe that there’ll be no good end for murderers! 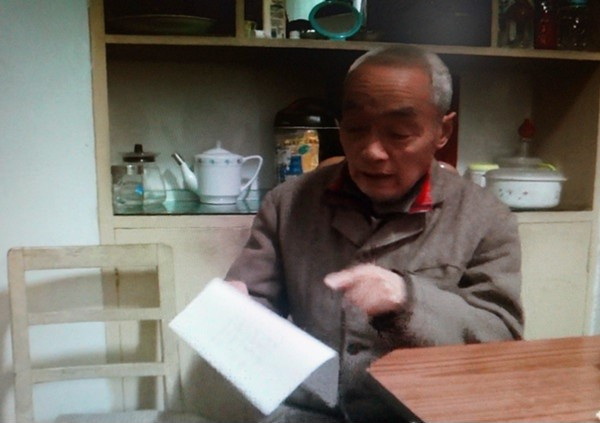 I am fairly conservative because I am a bit older and lived through the Anti-Rightist Movement and the Cultural Revolution. I wrote to him, saying “I can understand your feelings, but you don’t understand the state of the country. Some things cannot be solved all at once. It would take a shared consciousness in order for them to be fixed.” He couldn’t understand this kind of talk. He wrote to me and said, “If everyone waits for others to act and reaps the benefits of others’ labor, how could change happen?” He gave an example: if during a march, everyone is a spectator, there’d be no one to march. I think that makes sense. From the beginning of the student movement, he participated in the marches.

“Tiananmen Mothers Speak Out: The Story of Liu Hongtao,” 2014
(Click the “cc” button on lower right of screen for English subtitles.)