On June 3, 1989, at 10 p.m., Ma was sitting on the steps in front of the building where she lived—the No. 4 Residence for Retired Military Cadres of the Central Military Commission’s General Political Department—on Fuchengmenwai Street, approximately 200 meters away from the street. She was talking to others when martial law army vehicles heading east began firing into the hutong. Ma was shot in the lower right abdomen. The shot left a wound measuring 4 to 5 centimeters (about 1.6 to 2 inches), and her blood splattered all over the ground. Her husband, a retired army cadre, was standing just two meters from her. She was brought to the 304 Hospital a little after 11 p.m., but because of the great number of injured patients already there, it took until after 3 a.m. on June 4 for her to be taken into the operating room. When she was brought back to her room after surgery, she had already stopped breathing. Ma’s remains are buried in Jinshan Cemetery in the western suburbs of Beijing.

Ma joined the army in 1949. She met her future husband, Du Dongxu (杜东旭), when they were both serving in the Korean War. They fell in love and later married. In 1958, Ma was demobilized and was allowed to accompany her husband on some of his deployments. After her death, Du wrote several letters to the General Political Department of the Central Military Commission and to leaders of the country demanding an explanation, but they all went unanswered. (See below the poem Du wrote lamenting his wife’s death.)

Du Dongxu and his second wife, Qian Putai (钱普泰), a retired middle school teacher from Chengdu, are both members of the Tiananmen Mothers. 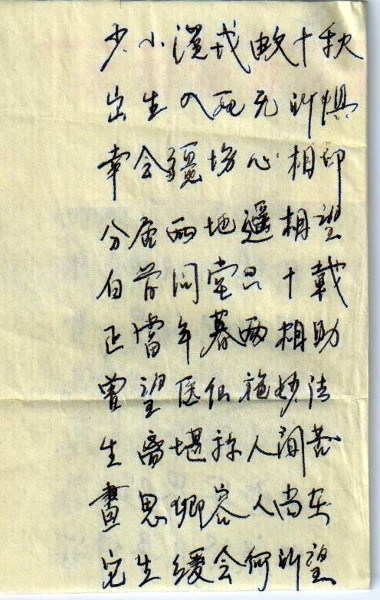 A lament handwritten by Du Dongxu for his wife, Ma Chengfen

少小从戎数十秋
For decades, since we were young, we followed the army

幸会疆场心相印
In the battlefield we met, our hearts joined as one

分居两地遥相望
Longing for each other when we lived far apart

白首同堂只十载
A mere decade we could live together in old age

曾望医仙施妙法
I had hoped for magic from the doctor

生离堪称人间苦
Seeing you depart is my suffering in life

画思卿容人尚在
In your portrait, you’re with me still

它生缘会何所望
Will we meet in another life, I wonder 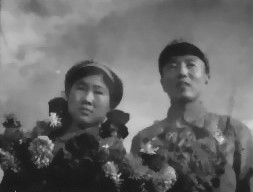