In the early morning of June 4, 1989, Ren was shot in the head by martial law troops at Liubukou on Chang’an Avenue. In addition, his left chest was crushed and one of his arms was broken. He was taken to the Beijing Jishuitan Hospital, where he died. His ashes are buried in the Yin Mountains, in the suburbs of Urat Rear Banner, Bayan Nur City.

Ren was the oldest child in a farming family, and lost his mother when he was young. He excelled in his studies, and was the hope of the entire family. It had been his wish to return home after completing his studies to devote himself to the mining profession to as a way to contribute to his country.

Ren’s father Ren Jinbao (任金宝), was a member of the Tiananmen Mothers before he passed away. 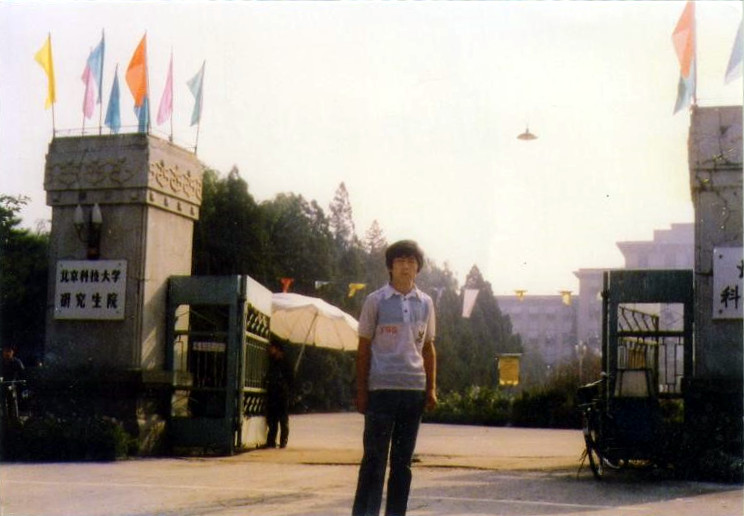 Relatives at Ren Wenlian’s grave in the Yin Mountains, in the suburbs of Urat Rear Banner, Bayan Nur City, 2013 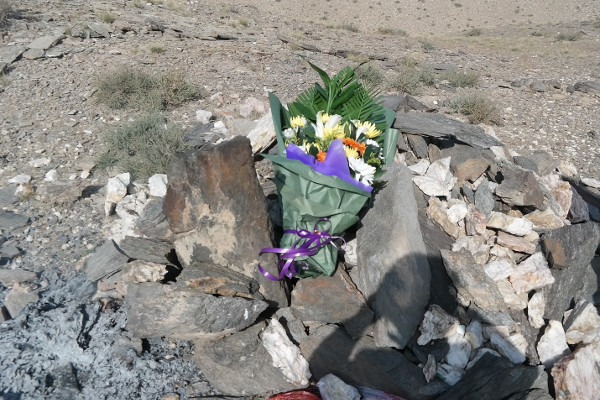 The Tiananmen Mothers wrote of Ren Wenlian’s father, Ren Jinbao, in an essay in 2014:

Mr. Ren recalled vividly Ren Wenlian’s visit home on May 1, 1989. He and Wenlian talked about the situation at that time, imagining a good future. Mr. Ren told his son to study hard and give back to the motherland in the future. Who would have thought that the farewell that time would be an eternal parting? A month later, news of his son’s death struck this old man like a bolt of thunder. For a time it was hard for him to accept the fact—it was a serious psychological blow.