Sun had participated in the peaceful sit-in in Tiananmen Square. On June 4, 1989, around 8 a.m., Sun biked toward the square to look for a number of students who had retreated in the early morning but had not returned home. As he was approaching the Fuxingmen highway overpass, he encountered martial law troops who were shooting in a frenzy at the crowds. A bullet entered Sun’s left armpit, pierced through his heart, and exited his right armpit. Blood colored his Peking University tank top red. By the time he was brought to the Children’s Hospital, he had already stopped breathing.

His ashes were initially kept at Babaoshan Public Cemetery in Beijing. Three years later, his parents brought them back to Ningxia to keep at their home. But in 2008, when they saw that the government had no intention of redressing June Fourth, they buried his ashes in the ground, laying him to rest beside his grandmother’s grave. 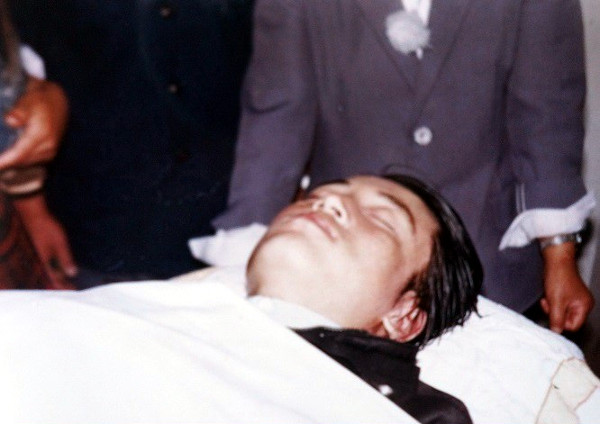 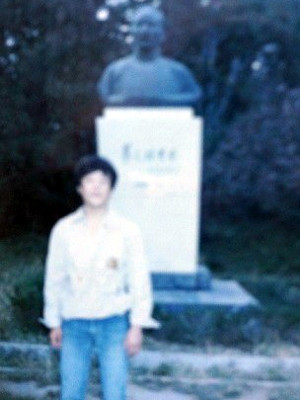 “Tiananmen Mothers Speak Out: The Story of Sun Hui,” 2014
(Click the “cc” button on lower right of screen for English subtitles.)

Sun Chengkang, father of Sun Hui, said in an interview in 2014:

I had sent my son to study in the capital under the leadership of the Communist Party so that he could be nurtured and become a good person who would contribute to the building of the country. But instead, he died by the guns of the Communist Party. This is the greatest regret of my life and something that I can never accept. . . . After I settled my son’s affairs, I returned to the coal mine. After some time, my neighbor told me that the local police station had asked them to watch our every move. I really couldn’t understand why they had to do that. They shot dead my son, and now they made us their surveillance target.