On the night of June 3, 1989, Xiao went to Muxidi to try to persuade the students to return to school. He was shot in the chest, and the bullet severed his aorta. When he was brought to Fuxing Hospital, emergency staff recognized him as the same person who had helped to bring another wounded person to the hospital earlier. As the hospital was not prepared to treat gunshot wounds, Xiao bled to death. Before he died, he told those around him that he had newborn twin boys and hoped that his work unit would take care of them. His sons were only two months old. June 3 was Xiao’s birthday. His ashes are kept in his ancestral family home in Longtan.

Xiao Bo’s widow, Liu Tianyuan (刘天媛), is a member of the Tiananmen Mothers. Both his father, Xiao Changyi (肖昌宜), and mother, Yao Ruisheng (姚瑞生), were members before they passed away. 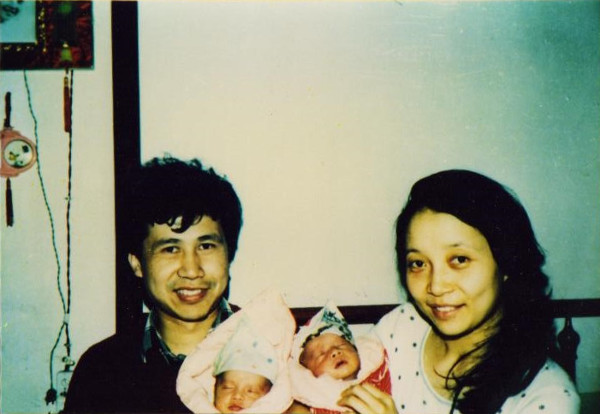 Xiao Bo with wife and their twin boys 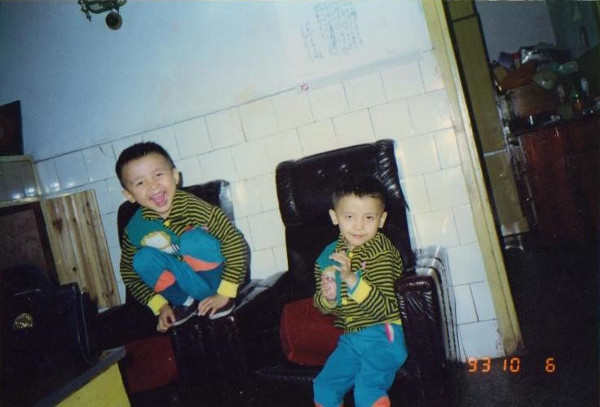 Liu Tianai, widow of Xiao Bo, wrote in her testimony in 1999:

Xiao Bo's death struck me like a thunderbolt from nowhere. I had given birth to twins just 70 days earlier. In my state of sorrow and shock, I stopped lactating and soon after found out that my older child had developed a mild brain disorder. I searched everywhere for effective treatment, to little avail and great expense. I've suffered much hardship due to Xiao's death in the so-called "turmoil." The relevant offices at Beijing University ignored my requests to use one of their empty campus apartments while I sought medical care for my child. They also warned me not to take my children for walks in the campus grounds. If anyone asked, I was not to say that Xiao Bo was the father of my children. They also rejected my requests to receive the proper subsidies for my child's medical costs. Although I graduated from the Central Minorities University Department of Dance in 1987, I still have not been allowed to complete my application for cadre status because no one would verify that Xiao was "wrongfully killed." The whole situation causes me great sorrow.