On the evening of June 3, 1989, Xiong and a female classmate were in Xidan when they encountered martial law troops firing into the crowds. They hid inside a hutong, but the classmate was shot. When Xiong went to help her, he was shot in the temple. He was taken to the Beijing Posts and Telecommunications Hospital where he died. Xiong’s body was claimed by his university and cremated. His grandfather went to Beijing to handle Xiong’s funeral and brought his ashes back to his hometown to bury.

Xiong was the eldest child of a poor peasant family in a mountain village. The family poured all its resources into supporting Xiong’s education. He was the pride of the entire village when he was admitted to university. After Xiong died, Xiong’s parents wept so much that his mother almost went blind. His younger sister developed a mental disorder following her brother’s death. 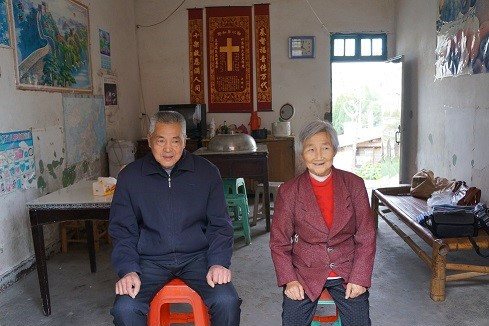 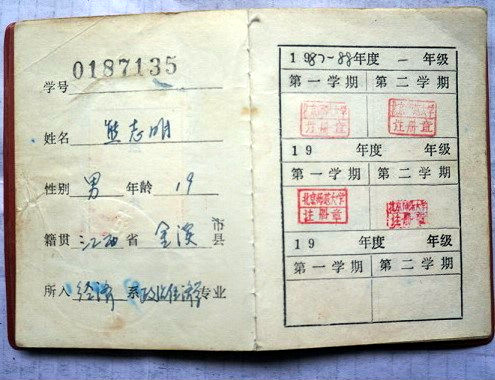 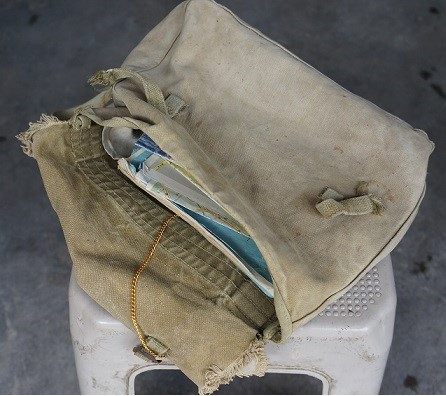 Zhang Caifeng, mother of Xiong Zhiming, said in an interview in 2014:

“We received a telegram from the school on June 8, Dragon Boat Festival Day. After we received the telegram, we were very hurt. We are peasants. We don’t have any culture. We didn’t know how to handle it, and his little brother and sister were very young. At that time, our younger son was only 15 years old, and his sister was 12 years old. We had no means to go to Beijing, so Zhiming’s grandfather and two of his cousins went in our place.”

“After his ashes were brought back, we buried them in our ancestral home. It had not been easy for us to support his studies. That year, my oldest daughter was 18, and we weren’t able send her to school—we could only send one. She left school when she was very young, and worked in Hangzhou. All her earnings went toward Zhiming’s studies. After all that schooling, he was killed. Not only did he die, but in 1995 people from the public security system came and told us not to start trouble, not to go to Beijing—they came looking for us three times.”