Male, 42, staff member of the legal department of the patent section of China Trade Promotion Commission. From: Beijing

Yang biked toward Tiananmen Square at 1:00 a.m. on June 4, 1989, because he was worried about the safety of the students. He was shot just before 2:30 a.m. by the martial law troops charging out of the Public Security Bureau compound on Chang’an Avenue. He was taken to Tongren Hospital for emergency treatment. The bullets shattered his bladder and made a large hole in his pelvis. Because the bones were crushed, surgery was simply not possible. Yang died on June 6 at 8:00 a.m., leaving behind his wife and five-year-old son.

Yang’s widow, You Weijie (尤维洁), is a founder and current spokesperson of the Tiananmen Mothers. 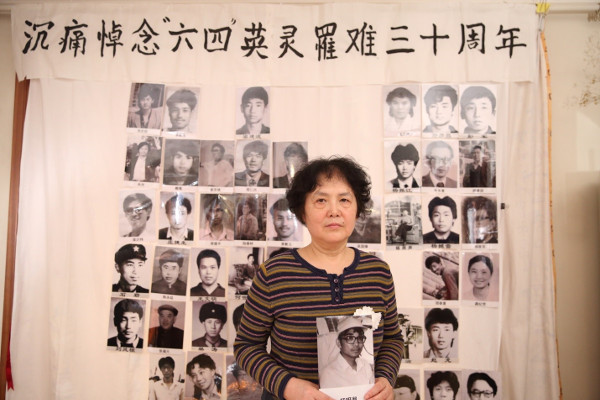 You Weijie, wife of Yang Minghu, said in an interview in 1999:

Yang Minghu died with many regrets, because he was in the prime of life, because there was so much he needed to do and especially because his death struck such a huge blow to his family. At that time, we had a young child, and together we planned to raise and educate him. Now that burden falls on me alone. Our child early on lost his father's love, early on had to deal with the kind of emotional wounds no child should have to bear. . . . The bloody reality of June Fourth shocks me, and I am appalled that the government would employ such brutal and cruel methods against its own people.