On June 4, 1989, a little after 5 a.m., when Yang heard that martial law troops had mobilized tanks and were shooting at civilians, he got on his bicycle and left home. At 7 a.m. on Zhengyi Road east of Tiananmen Square, Yang encountered a military truck carrying soldiers who were shooting at crowds along the road. Someone nearby was shot, and Yang, who was crouching, rose to help. As he did so, Yang was shot in the liver. A doctor nearby saw what happened and, together with those around him, brought Yang on a three-wheeled cart to Beijing Hospital. When the medical staff opened Yang’s wound, they found that he had been hit by a dumdum bullet. Yang died from excessive bleeding. At the time of his death, Yang’s son was only 20 months old.

His wife, Huang Jinping (黄金平), brought up their son alone through great hardship. She is a member of the Tiananmen Mothers. 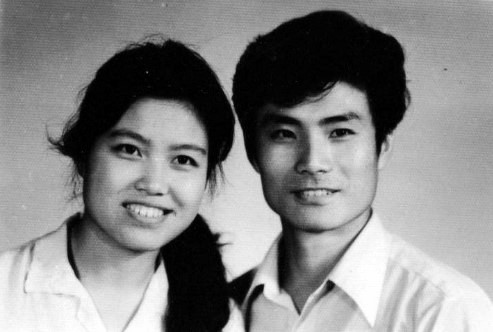 Huang Jinping, wife of Yang Yansheng, wrote in an essay in 2009:

My son was three years old at that time, and I was faced with the life of raising a child as a widow. I sent him to kindergarten, and took on the heavy burden of life by myself. My son was very thoughtful, and he never nagged for snacks. Sometimes I would want to buy some for him, and he would say, “No, mom, I don’t want it. Save the money for rent, the electricity bills, the water bills.” Every time I heard this, my eyes would fill with tears, and I couldn’t help taking up another part time job to support our expenses.

July 17, 1991, was just an ordinary day, but it was one that brought me terrible shock. My son asked, “Mom, do I have a father? Do I?” For the first time, the fact that my child had lost his father came out of his mouth. I choked up in that instant, and, forcing back my tears, I said, “What do you think?” “I do, don’t I? Tell me, tell me, I’m listening,” my son looked at me anxiously, waiting for my answer. I said, “Your father has gone on a long trip. He will be back after a while.” “Oh! I have a father! I have a father!” He ran out, bouncing happily. This, something so absolutely normal, had become an unreachable luxury for my son. He would never be able to see your father again! Watching from behind him, a wave of sorrow, loneliness, and misery hit me. Poor child. The two of us had to hold on to each other, living each day in hardship.

I endure with my bleeding heart as much as I can. Yansheng, only you, Yansheng, please come back—help me, give me strength! I cower before the cruel reality. If losing Yansheng has left me with a wound that will never stop bleeding, then the road I’ve had to walk since then has put salt on that wound. I have wavered on the winding, torturous road of life; unbearable suffering has almost made me give up. How many times have I lingered next to the rail tracks; how many nights have I spent alone in the company of the lake; and how many times have I shouted to the sky, “Why? Why?” I cannot face reality. I can only escape it, living an abnormal life.