In the afternoon of June 3, Yuan stood arm-in-arm with students from Tsinghua University in an attempt to block martial law troops who were storming out of the Great Hall of the People. The soldiers were trying to reach an army vehicle transporting firearms and ammunition that was blocked by citizens near Fuyou Street. Yuan and other students were trying to persuade the soldiers to retreat to the Great Hall of the People. Yuan went home at 8 p.m., but around 11:30 p.m., Yuan heard gunshots in the area between the Military Museum and Muxidi, and biked toward the sound. He did not return home that night. On June 4, his family began to look for him, searching all 44 hospitals in Beijing, to no avail. On June 19, they finally found his body in the morgue of the Navy General Hospital. They learned that Yuan had been shot in the throat at Muxidi shortly after leaving home. The bullet had entered his throat and exited the base of his spine, his blood staining his tank top and jeans. Because he had no identification on him, Yuan became a corpse with no name. Before his death he had been accepted as a graduate student at Stevens Institute of Technology in the United States, and was preparing to leave for the United States before September. His ashes are buried at Wan’an Public Cemetery in the western suburbs of Beijing.

Yuan’s mother, Li Xuewen (李雪文), and older sister, Yuan Ren (袁刃), are members of the Tiananmen Mothers. Yuan’s father, Yuan Kezhi (袁可志), was also a member before he passed away. 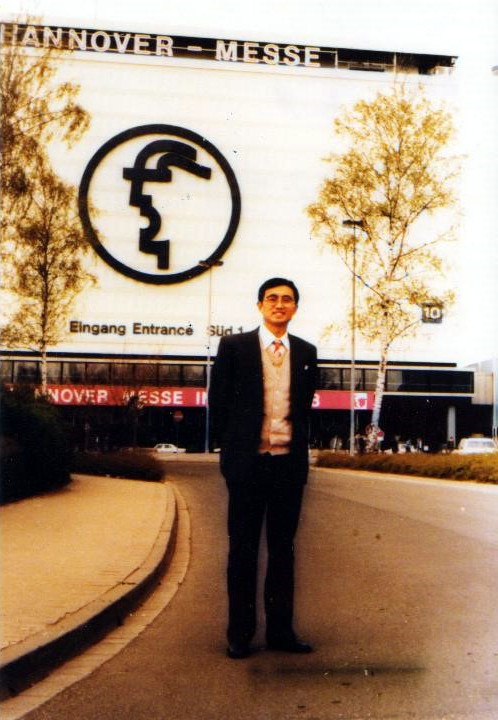 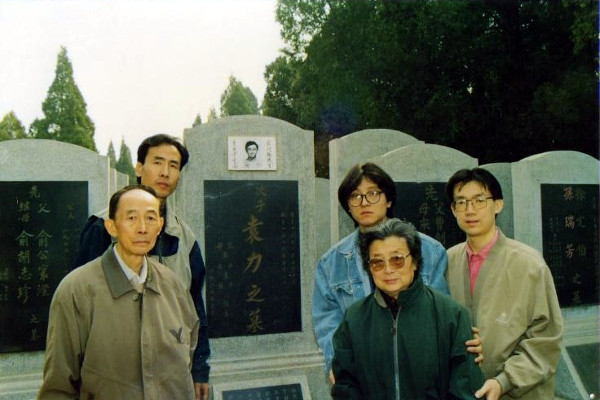 Yuan Li’s family at his grave 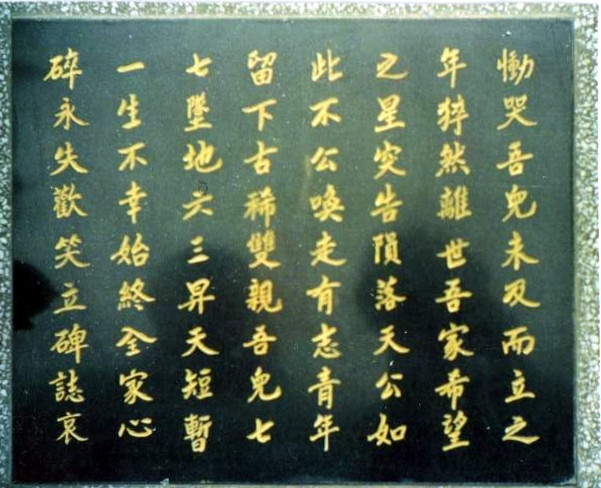 We weep for our son
Not yet 30, gone from this world
Star of our family’s hope, fallen in an instant
So unjust is heaven
Calling away an ambitious youth, leaving behind his aging parents
He came to earth on the 7th of July
And returned to the sky on the 3rd of June
His short life ended in misfortune
Our hearts are shattered, our laughter forever lost
In sorrow we inscribe this tombstone 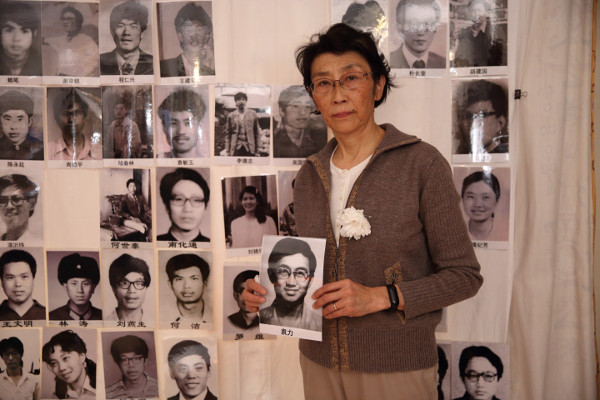 Yuan Kezhi, father of Yuan Li, wrote in his testimony in 1999:

“Ten years later, Yuan Li's death has left a wound in the hearts of his family which cannot be healed. The murderers hope that the tragedy of June Fourth will fade from public memory, but this will only bury more deeply in the hearts of the people their rage against the killers and their painful memories of the innocent victims. Since the unexpected blow occurred, the spiritual shock has made Yuan Li's mother's high blood pressure even worse, and her heart disease has recently become acute rather than chronic, especially since she had a fainting spell at Yuan Li's farewell ceremony. In the years since 1989, Yuan Li's mother has been in the hospital once a year for high blood pressure and heart disease. In addition, each year on the Qing Ming Festival, when people hold memorial ceremonies for June 4 victims buried at Wanan Cemetery, we are under surveillance by the military and plainclothes police, and this kind of psychological trauma doubles the effect of the wounds caused by our losses. We have lost hope of finding peace in our old age.”