Male, 37, leader of the brickwork team of the Palace Museum Construction Brigade. From: Beijing.

Zheng is one of those who went missing after June Fourth. On the evening of June 3, 1989, at around 11 p.m., Zheng left home on his bicycle. He never returned home. His family and people from his work unit searched for him in every hospital and crematorium in the city, and even in prisons and detention centers—but never found him. His daughter was seven years old, just starting elementary school.

Zheng’s wife said her husband was an honest and kindhearted man who was always willing to help others. His fellow cadres, colleagues and neighbors all spoke well of him.

Zheng’s wife, Guan Weidong (管卫东), is a member of the Tiananmen Mothers. 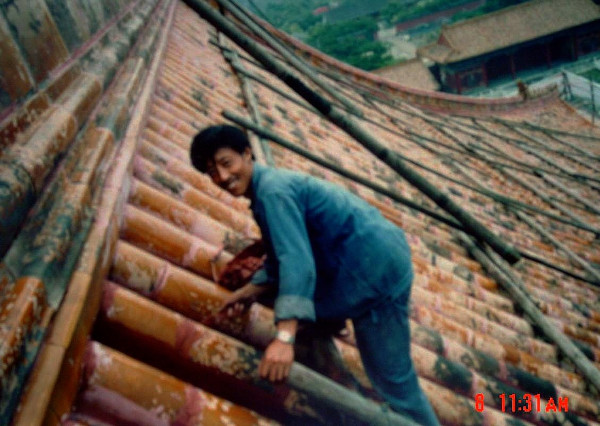 Guan Weidong, wife of Zheng Chunfu, said in her testimony in 2009:

I was supposed to bring the kid home that day [from my parents’ place]. My husband had already made dinner. But then I heard the broadcast saying we should not go out. So I decided to stay put and go home tomorrow. Just like that, I didn’t go home. In the night, there were sounds of a lot of people shouting slogans outside, and of gunshots. At that time I thought, “uh-oh, what’s going on outside?” I didn’t sleep the entire night. The next morning, I thought I’d hurry back and take a look, and I rode a bike home. . . . I went inside, and dinner was still on the table, but my husband was not back. I thought, “Oh, he’d better not be in trouble; it was so chaotic last night.” “Maybe he went to his mother’s?” I thought, and so I turned around and went to his mother’s. But she said he hadn’t come, and that she didn’t know where he was. So I went to ask the neighbors; they said that he left home at around 11 p.m. on his bicycle, and they didn’t see him come back. They didn’t know what had happened to him. So from that point on, I started looking, with his family. We looked everywhere: hospitals, crematoriums, everywhere, but still we couldn’t find him. . . . His work unit also sent people out to search, but they couldn’t find him either. They even went to prisons and detention centers, thinking they’d bail him out if he were detained. But he wasn’t anywhere, not a trace whatsoever.

At the beginning, I had hoped he would return to us. But now I know he won’t. It’s been 15 years since then, and my loved one never came back, and our hope wouldn’t have brought him back either. But I feel that we ought to be given an explanation for this.